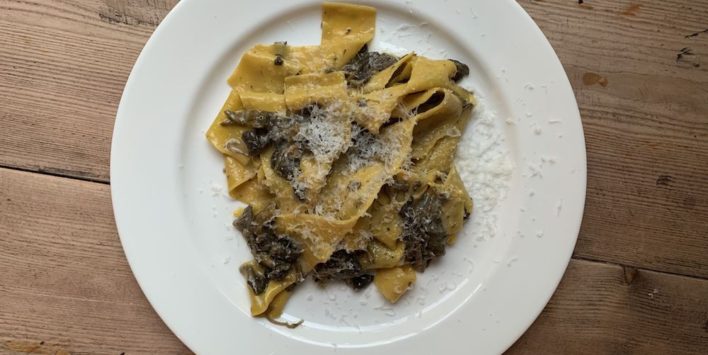 A Michelin starred chef opens on the 10th floor of The Standard hotel in King’s Cross and Joel Robuchon’s legacy continues with Le Comptoir Robuchon in Mayfair.

Over in Shoreditch, Richard Corrigan opens Daffodil Mulligan and the chef director of Petersham Nurseries and The Drapers Arms join forces to open Emile.

A Michelin starred chef opens on the 10th floor of The Standard hotel in King’s Cross and Joel Robuchon’s legacy continues with Le Comptoir Robuchon in Mayfair.

Over in Shoreditch, Richard Corrigan opens Daffodil Mulligan and the chef director of Petersham Nurseries and The Drapers Arms join forces to open Emile.

Le Comptoir Robuchon and Le Deli Robuchon launch this month in Mayfair, drawing on the legacy of Joel Robuchon. 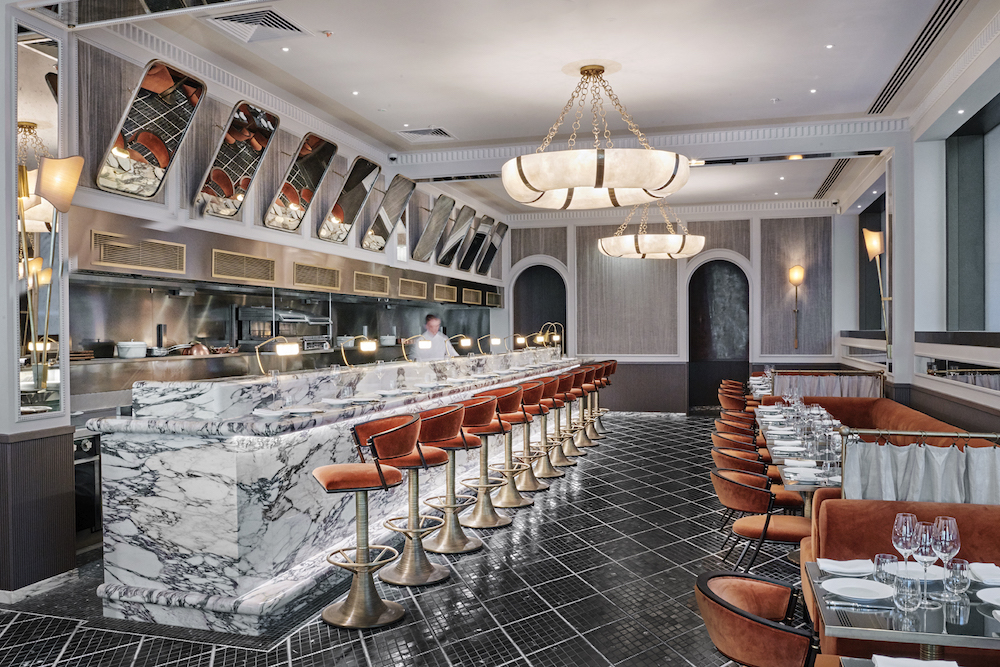 Le Deli will focus on all day dining and freshly made breads, pastries, salads and sandwiches, to eat in or to take away.

There will also be an “Epicerie Fine” selection of carefully handpicked products.

Le Comptoir will be open for lunch and dinner, with a seasonal menu made up of small plates to share.

A joint venture from the chef director of Petersham Nurseries and Nick from The Drapers Arms, Emile opened in October on Curtain Road in Shoreditch. 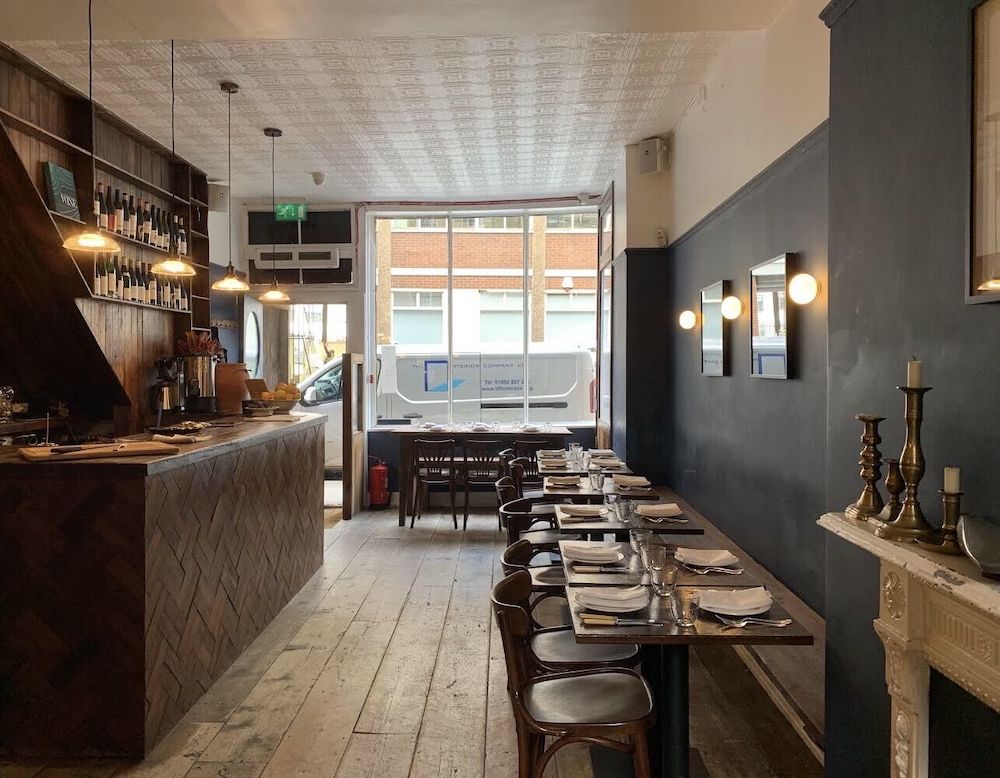 Focusing on robust flavours with a Mediterranean influence, accompanied by great wine, the 40-cover restaurant will be open for lunch and dinner from Tuesday to Saturday.

There will also be a changing ‘Sunday Series’ lunch menu on alternate Sundays from 27th October. 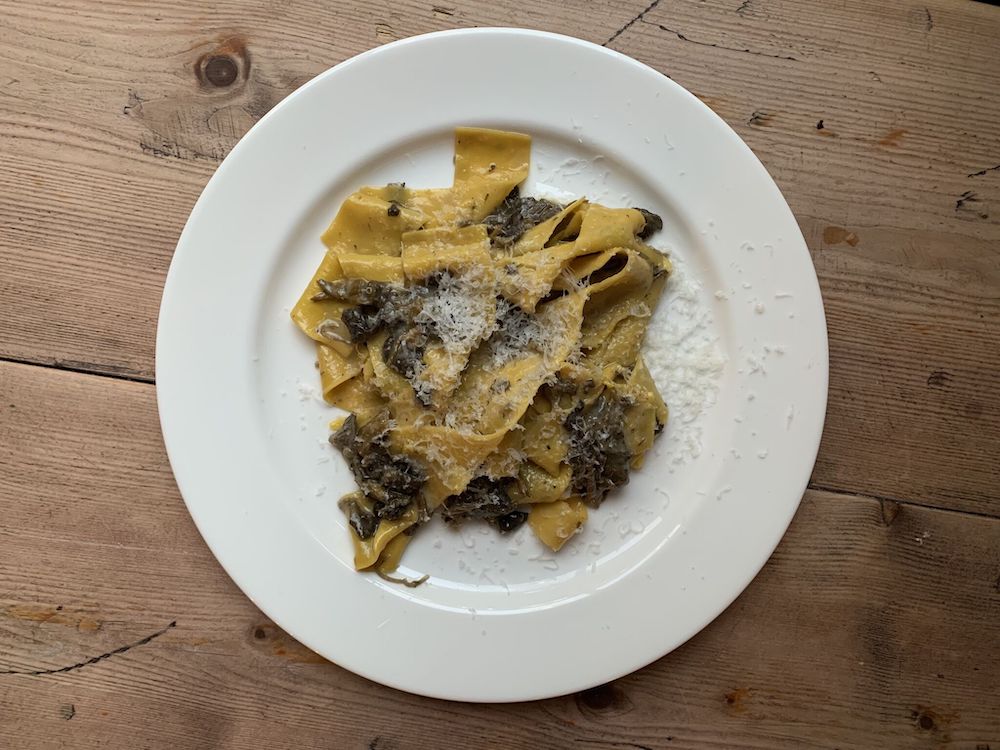 Richard Corrigan’s first new London restaurant in many years will take over the old Nuala space near Old Street.

The 60-cover restaurant will include a 10-seater oyster bar and a basement bar with a series of live music nights.

The Elyx Chalet at Rosewood London

On November 7th, Rosewood London will open its winter terrace, The Elyx Chalet, in partnership with Absolut Elyx. 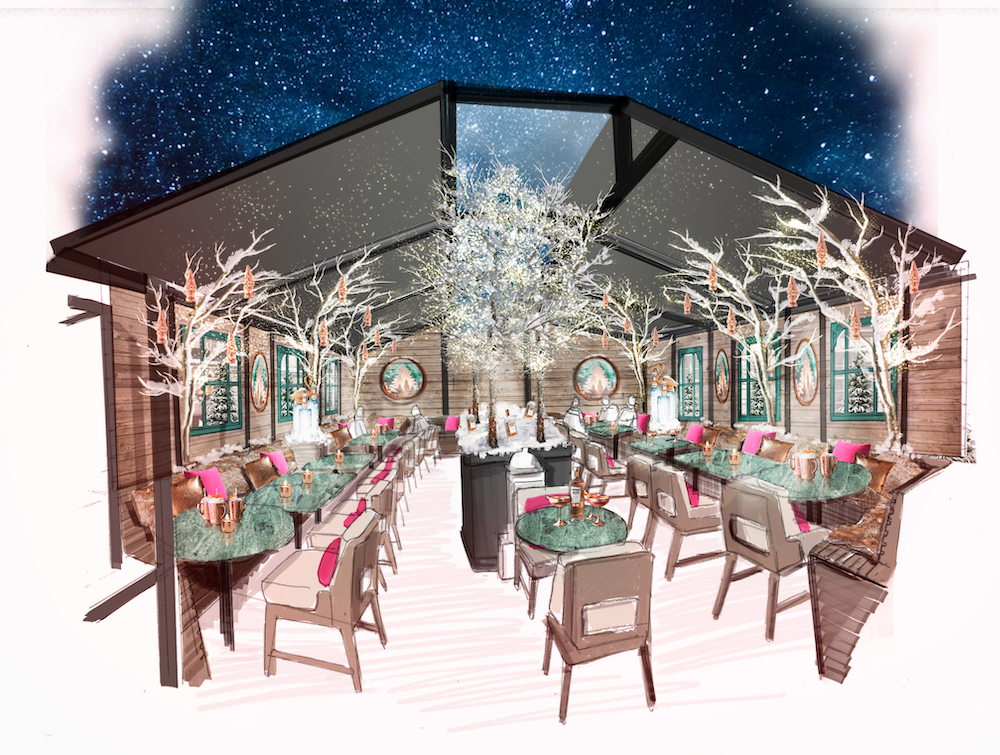 The hotel’s courtyard will be transformed into the snowy and winter wonderland of Southern Sweden until 29th February.

Chef and restaurateur Victor Garvey is to relaunch his Catalan restaurant Rambla, on Dean Street in Soho, as SOLA, serving food from and inspired by California.

The restaurant is currently undergoing a complete refurbishment and will reopen with its new look, menu and name on 1st November 2019.

A new Japanese restaurant arrives in Marylebone this month with TOKii, located on Great Cumberland Place inside The Prince Akatoki London hotel. 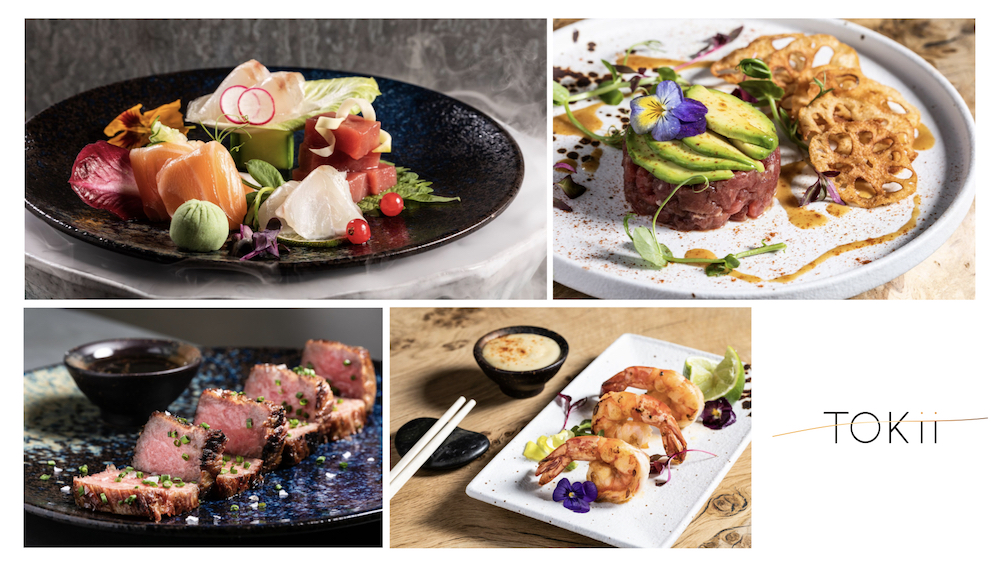 TOKii’s menu will have a strong Japanese influence, featuring fish dishes and wagyu beef on the Robata grill, plus their take on a traditional Asian breakfast.

The menu will include dishes such as smoked ham hock feijoada, a traditional bean-based stew; Iberico Pork Vindalho; Macanese Arroz Marisco, a seafood rice served tableside from a Cataplana; Pão Com Chouriço, a dish of Goan smoked chorizo served in a naan.

Following the success of 26 Grains in Neal’s Yard, Alex Hely-Hutchinson will open Stoney Street in Borough Market on 15th November. 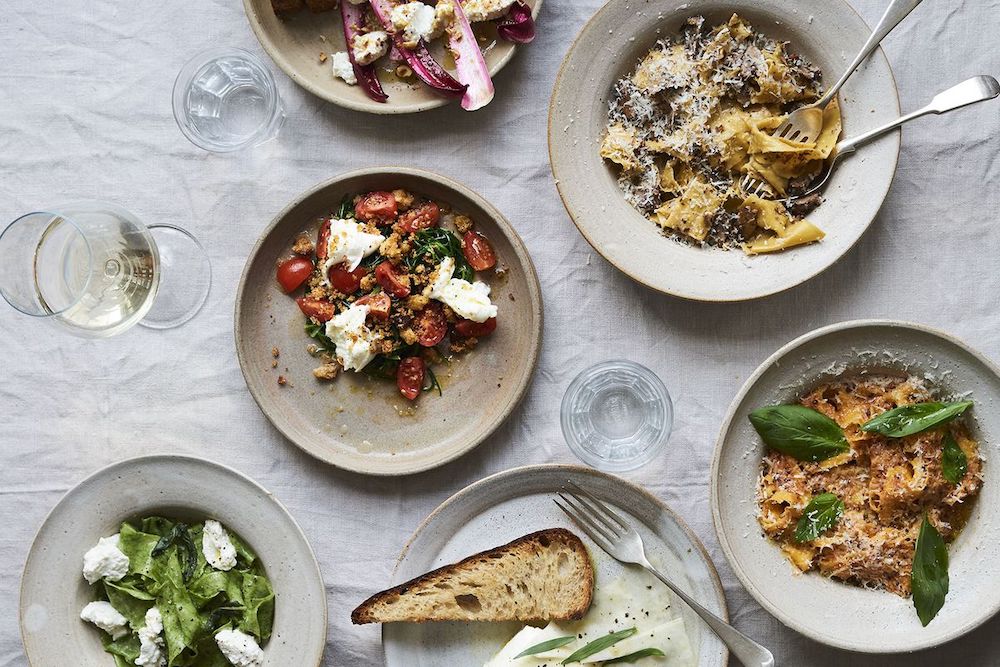 There will be a bakery counter stacked with seasonal tarts and pastries all morning, followed by a selection of small plates at lunch.

In the evening the kitchen will dish up simple plates including pollock with fennel, orange, olives and braised lentils.

Borough Market’s Arabica will opened a sister site in King’s Cross in October.

The 66 cover restaurant will feature an open plan kitchen and bar with counter dining seats, a large communal table and cosy leather banquettes. 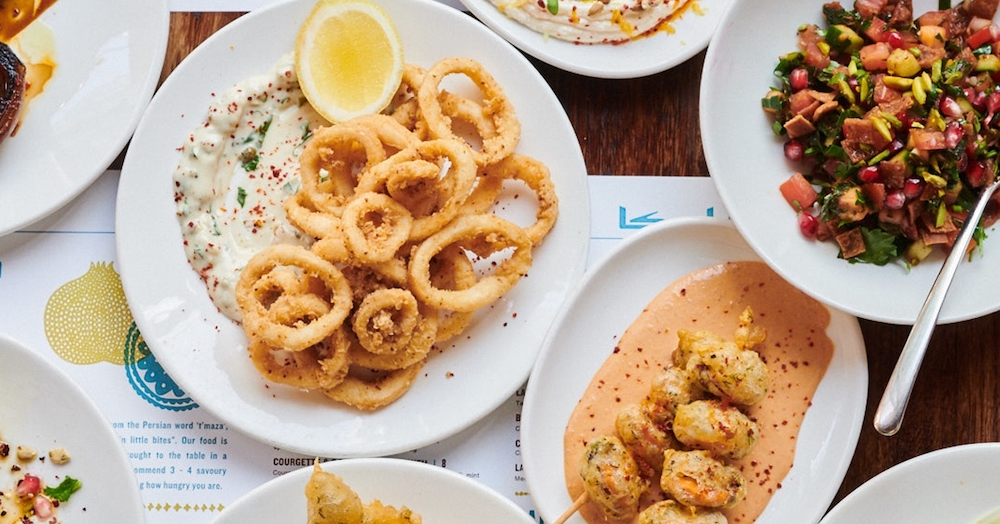 The terrace has room for a further 40 guests and the menu will have a focus on Middle Eastern dishes and flavours.

Decimo at The Standard

Chef Peter Sanchez-Iglesias has launched Decimo on the 10th floor of The Standard London in King’s Cross. 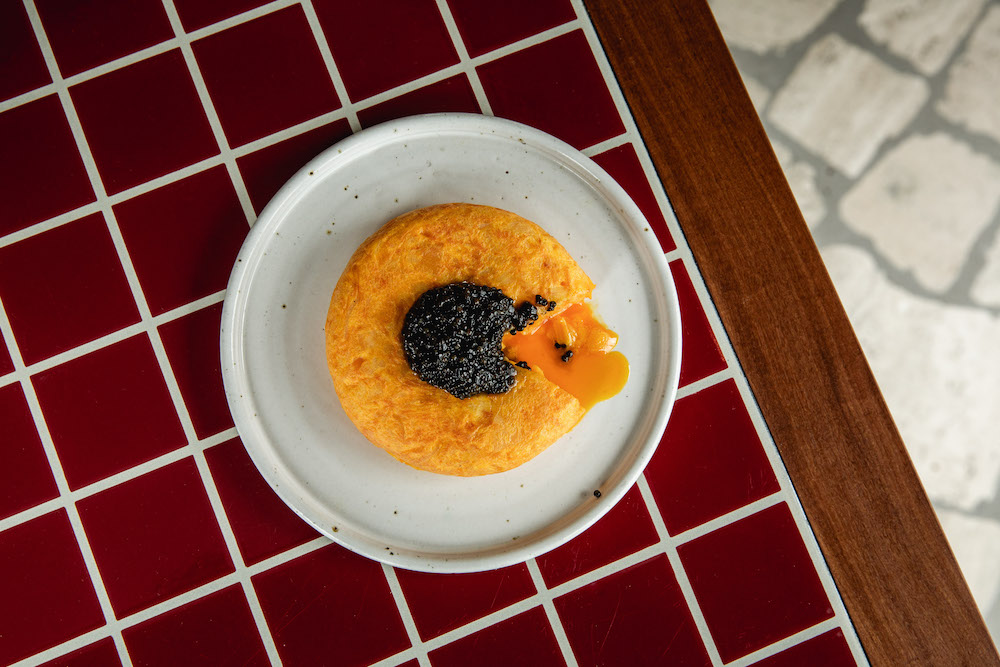 Chef Sanchez-Iglesias has achieved Michelin stars for both of his restaurants in Bristol, Casamia (since 2009) and Paco Tapas (since he opened it in 2016). Decimo is the Chef’s first restaurant in London.

Serving a fresh interpretation of live fire Spanish and Mexican dishes, Decimo, which has 114 covers, has wonderful panoramic views of London. 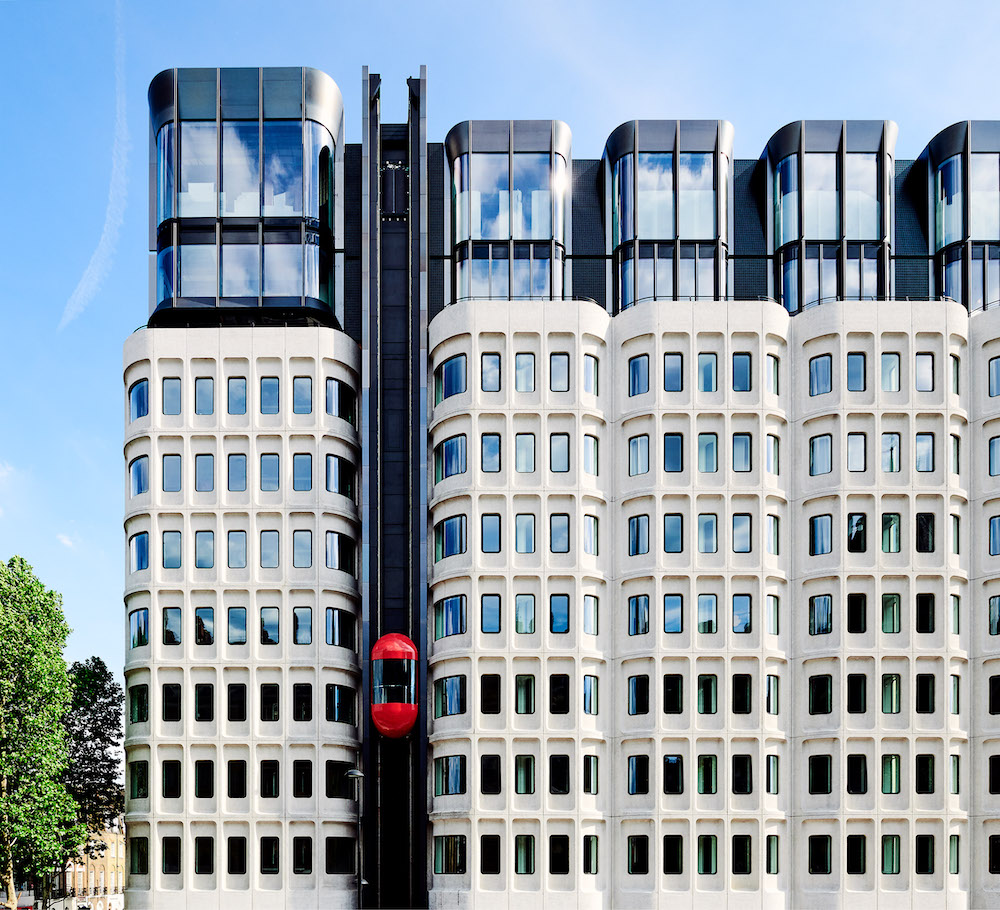 The restaurant is directly accessible via the red elevator on Euston Road and includes a visible kitchen, an intimate, stand-alone bar where food will also be served, and two private dining rooms.

The Laundry is a new modern neighbourhood bistro and wine shop located just outside Brixton Village from Melanie Brown, founder of The New Zealand Cellar. 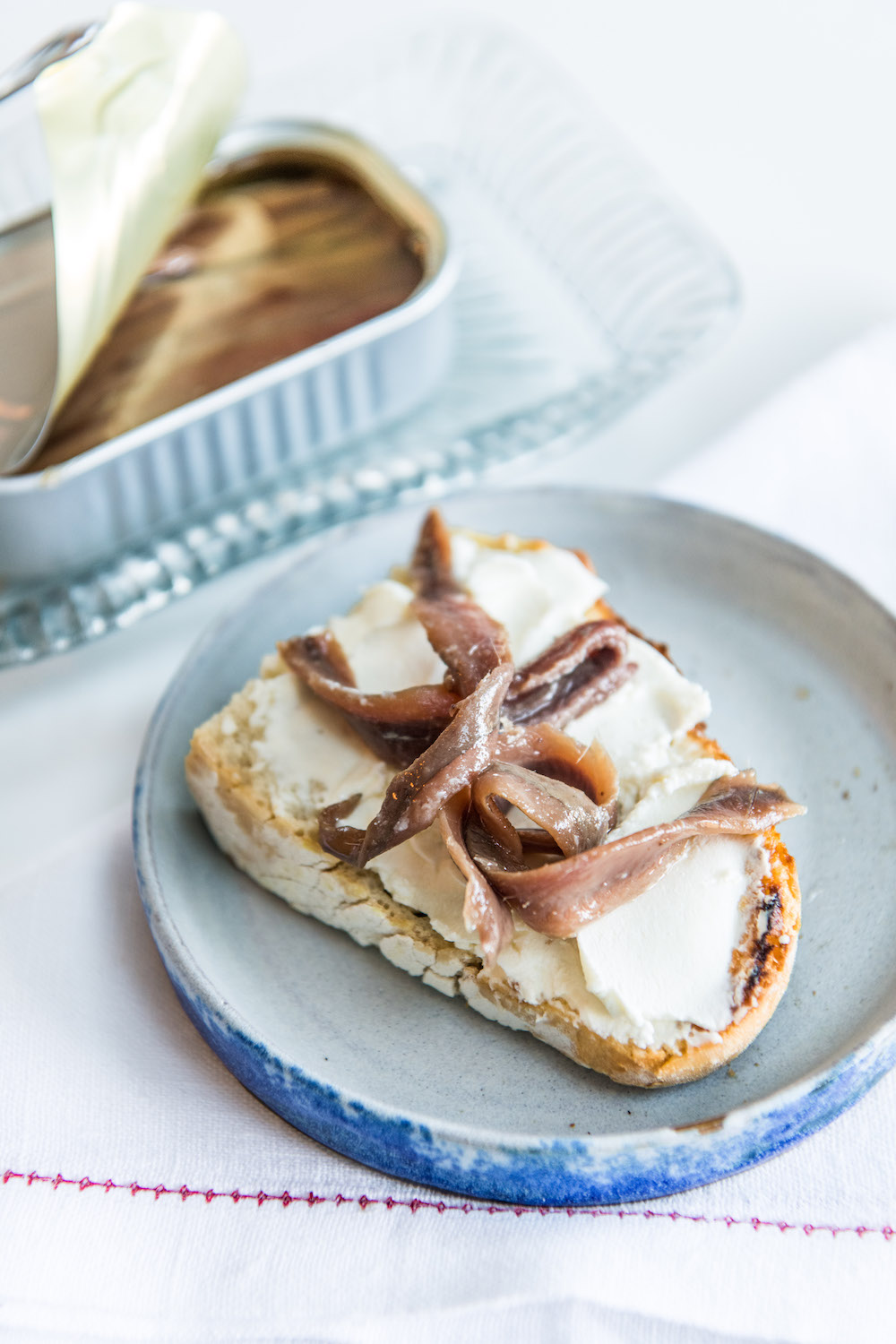 The Laundry will be open all day, everyday – from a morning bakery serving from 8am, through to weekend brunch and dinner plates to be enjoyed with wines by the glass, and cocktails into the night.