Encompassing new openings and old favourites, pop-up venues, events and everything in between, here are some November highlights for the bon vivant.

Following on from last month’s October highlights, we are continuing with our monthly post of offering recommendations for where you should visit or have on your radar for the month ahead.

Encompassing new openings and old favourites, pop-up venues, events and everything in between, here are some November highlights for the bon vivant.


Until November 30, Rowley’s will be offering their Chateaubriand meal for 2 at a fraction of the usual price. At £42 the steak is served with herb butter or béarnaise sauce, grilled tomatoes and roasted potatoes or unlimited French fries. Yes, unlimited!

Fashion illustrator David Downton has collaborated with restaurant 34 in Mayfair to offer ‘ladies that lunch’ a limited edition piece of art, which will be gifted to those who dine at 34 throughout November and December. 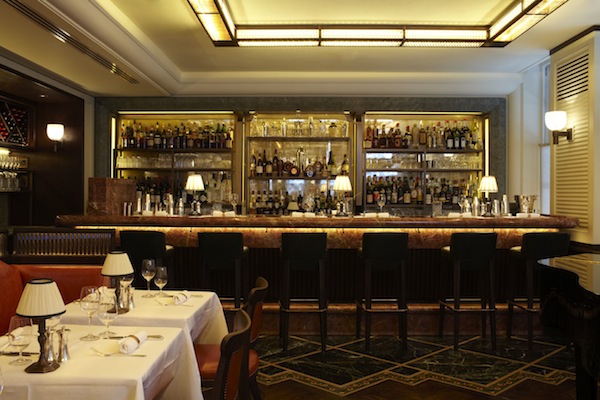 The bespoke map of Mayfair will highlight some of his favourite haunts including Claridge’s, Christian Louboutin, Dover Street Market and Ladurée. The gift will also include an original David Downton portrait, commissioned especially for 34.

The Running Horse and The Whip, Mayfair


James Chase and Dominic Jacobs are bringing two new establishments to Mayfair this November. The Running Horse, dating back to 1738, is re-opening after a restoration, and will serve ‘Britain’s finest ales and seasonally inspired dishes’.

Upstairs, The Whip is a refined cocktail bar, which will be upholstered in Jockey silks and serve a selection of flavoured juleps and artisan cocktails in pewter tins.


Russian restaurateur Arkady Novikov is launching his latest venture, Rextail, in Mayfair this month. The restaurant will specialise in fish, meat and game dishes with an international flavour featuring premium quality steaks, short beef ribs and herb baked bone marrow to name a few. The Head Chef is Adrian Martin formerly from The Birley Group.

Dishes you can expect include fettuccini with wild boar, gnocchi with sautéed ceps, parsley and garlic and a daily ice cream menu.


The Sign of The Don, brought to you by Robyn and Robert Wilson, will open in the City this month. The bistro and bar is an informal sister restaurant of The Don offering good value European cuisine. Diners will be able to order drinks via interactive LCD screens on the wall.


On the 14 November Foxlow will open its doors in Clerkenwell serving an eclectic mix of Italian, Middle Eastern, Asian and American influenced dishes. The meat focussed menu showcases lesser known cuts of meat and slow-smoked dishes and for a lighter meal there is a large selection of salads.


Following the success of the chicken & steak concept at Tramshed in Shoreditch, Mark Hix is launching Hixter in the City at the end of November.

Hixter, the group’s second chicken & steak restaurant, will offer a straightforward, casual dining experience on the ground floor and Mark’s Bar in the basement will offer a stylish place to drink cocktails until the early hours.


From 25 October until 9 November, W London is bringing Switzerland to Soho ahead of the W Verbier opening this December. W London will be transformed into an Alpine resort with mountain vistas, furs, roaring fires and Swiss flags.

Layers of London, a pop-up boutique, will display the latest styles from the slopes while the screening room will be showing mountain sports films and two-Michelin starred chef Sergi Arola will be showcasing his W Verbier menu.


Nick House (Mahiki and Whiskey Mist) is teaming up with Kelly Brook this November and venturing back to America’s Gilded Age with their latest venue, Steam & Rye.

Located in the old bank of New York building in the City of London, Steam & Rye is a multi-level dining, drinking and dancing venue that will transport you back to the 1920s. In the basement the 1st Class Cocktail Carriage, with its velvet and leather lined booths and exotic cocktails, is ideal for private parties.

Byron are launching their Mo’Shroom burger in support of Movember, which will be available throughout November. The combination of Portobello mushrooms, Emmental cheese, streaky bacon and red onion and cep aioli is delicious.

Looking further ahead to December, Chef Peter Gordon and Michael McGrath, co-owners at The Providores, are bringing The Sugar Club back to London for 2 retrospective dinners. 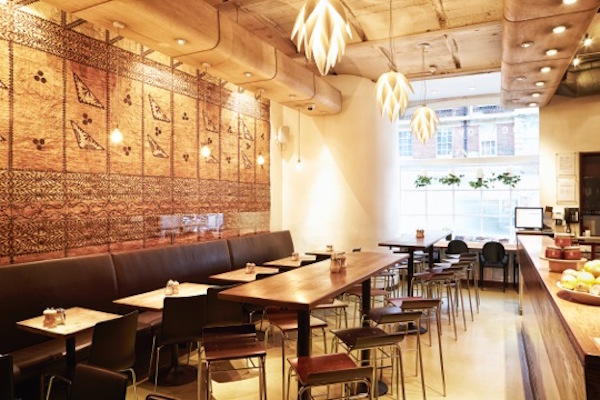 Following The Sugar Club’s most recent opening in Auckland, Peter Gordon, who is arguably the pioneer of fusion cuisine, will be showcasing a 6-course feast of past menu favourites for £110 including all food and wine.

Homeless charity StreetSmart will run its 2013 campaign throughout November and December to raise funds for homelessness, with a simple scheme of adding £1 to your restaurant bill. Last year StreetSmart celebrated a record breaking year with £805,000 raised – let’s help them beat that target this year.