The Best Restaurants in The City of London 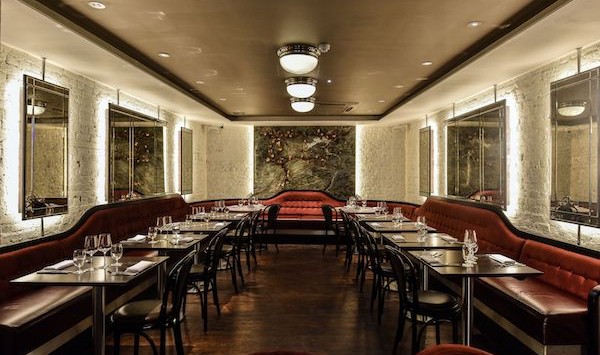 From sky-high dining at Duck & Waffle, Sushisamba and City Social to a meaty feast at Pitt Cue, read our guide to the best restaurants in The City of London

From sky-high dining at Duck & Waffle, Sushisamba and City Social to a meaty feast at Pitt Cue, read our guide to the best restaurants in The City of London.

Cabotte is an intimate, cosy yet elegant restaurant serving classic French cuisine alongside a large collection of fine wines from Burgundy and beyond. 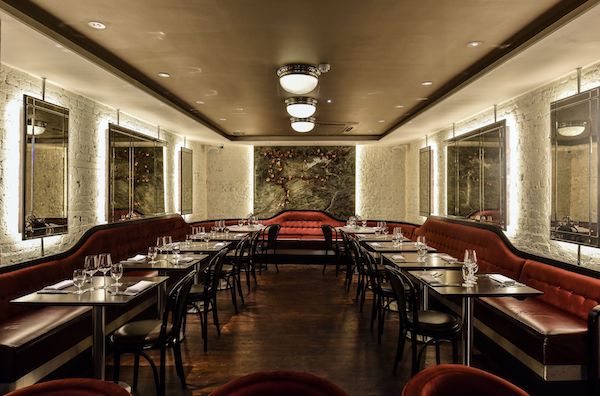 The menu features a combination of classic and modern French dishes.

Stand out dishes for us were the Oeuf Meurette – a poached egg served alongside smoked bacon and Lie de Vin sauce – and the delicate, woody and rich wild mushroom & onion tart with confit duck.

The food is indulgent, the atmosphere convivial, and the wine list – curated by the restaurant founder and master sommeliers, Xavier Rousset and Gearoid Devaney – is exciting.

Duck and Waffle sits on the 40th floor of Heron Tower in the City.

Try the signature ‘Duck & Waffle’ dish and the crispy pigs’ ears. With incredible views of London and food to match, Duck & Waffle is a contender for one of the best restaurants in The City.

Blacklock, the Soho chophouse and one of our favourite Sunday lunch spots, has just launched a sister restaurant in the City (and more recently another restaurant in Shoreditch).

Like its sister restaurant, Blacklock City specialises in high quality, chargrilled beef, lamb and pork chops, but it also offers an extended list of starters and selection of meat cuts. 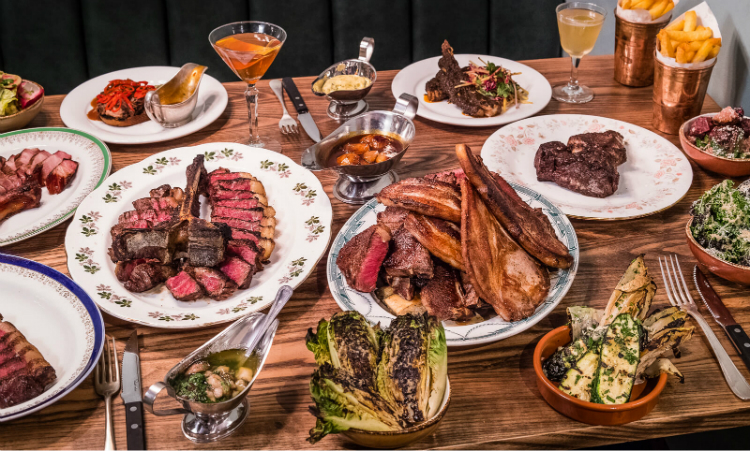 We loved the ‘all-in’ platter when we visited – a large sharing plate of beef, lamb, pork chops and cuts presented on chargrilled ciabatta dripping in delicious juices from the meat.

Make sure to allow plenty of space for the signature dessert of white chocolate cheesecake served family-style at the table.

Like Blacklock Soho, the City restaurant is at basement level but it is bigger than its sister restaurant with a separate cocktail bar which greets you as soon as you walk downstairs from street level.

The dimly-lit atmosphere is cosy with tables set close together and if you can’t make it to the bar for eating, there is even a cocktail trolley roaming around the restaurant to make sure you won’t go thirsty.

The sister restaurant to the popular Soho restaurant, Bob Bob Ricard is located in the Leadenhall Building (The Cheesegrater).

Taking 5 years to build, the restaurant is absolutely stunning – and so upulent! 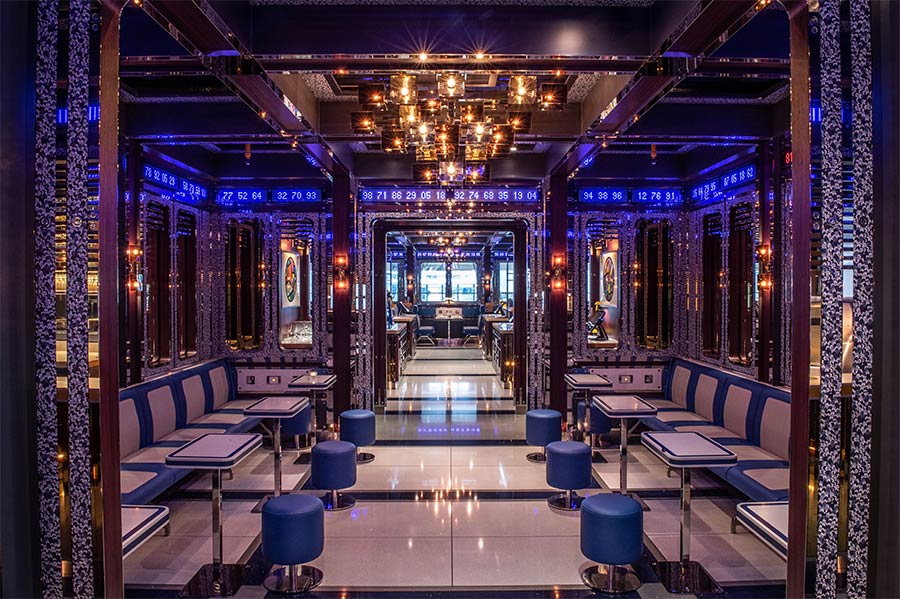 There are ‘Pressez pour le champagne’ buttons, continuing the tradition of keeping Champagne on demand.

The Ned took the City by storm when it opened as a colossal hopsitality venue right by bank station. 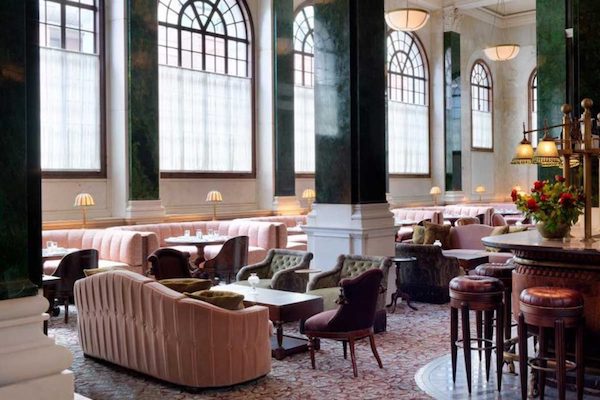 The restaurants, which are operated by Soho House, include a City outpost of Mayfair Italian restaurant Cecconi’s, the all-day Millie’s Lounge, Asian restaurant Kaia and a fantastc steak restaurant, Lutyens Grill 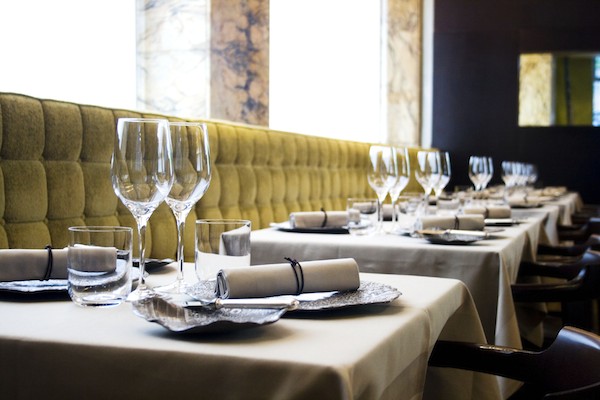 Run by chef Pascal Aussignac, this Smithfield restaurant has been around for a couple of decades, which is an impressive feat.

The original Coya opened in Mayfair bringing Peruvian food to the London jetset crowd with its attached members’ club as well as a restaurant and bar. 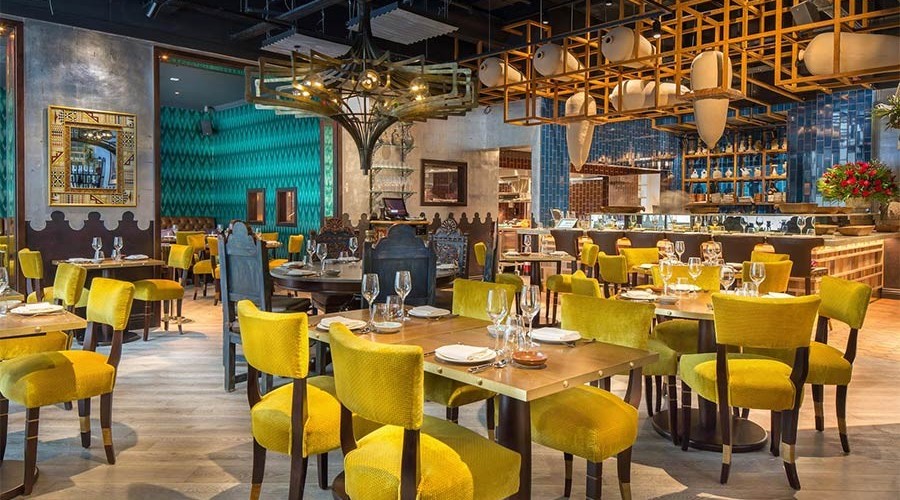 Coya opened in the Angel Court development in The City, bringing its pisco sours and Latin American cuisine to the City crowd, including its popular weekend brunch.

Inspired by the wine bars of Spain and Italy, Vinoteca has a number of bars across London that serve simple dishes made with fresh seasonal produce paired with high quality, characterful wine. 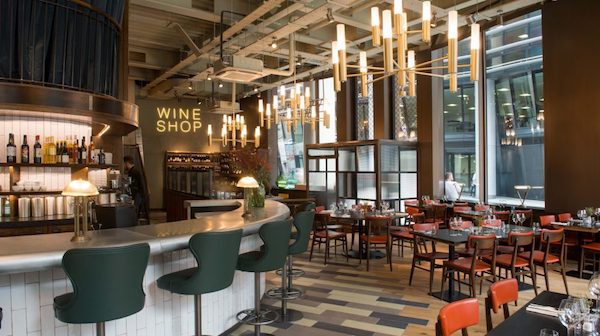 As you would expect from Vinoteca, the wine list is impressive and they also have a goos Sunday roast offering.

JKS Restaurants (Gymkhana, Trishna, Hoppers) launch Brigadiers, an Indian barbecue restaurant and tavern, at the Bloomberg Arcade in the City. 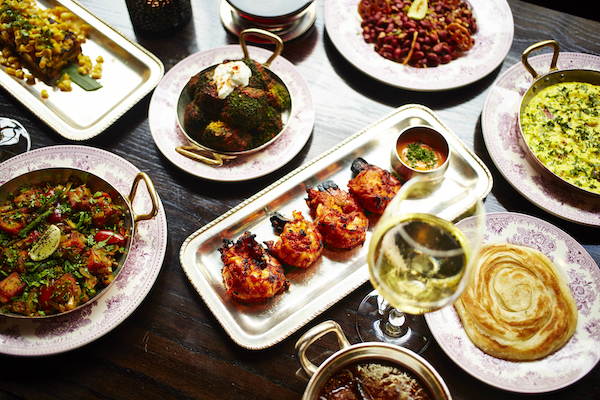 Inspired by the army mess bars of India where military regiments go to eat, drink and socialise, Brigadiers can accommodate 140 covers indoors with another 34 on an outdoor terrace.

The menu mixes kebabs, chops, tikka and feasting plates, making this one of the best Indian restaurants in The City.

1 Lombard Street is a bit of a City restaurant institution, having been here for so long ina converted banking hall. 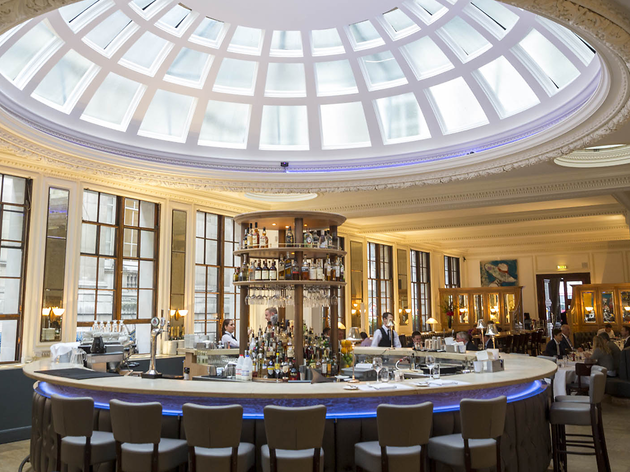 It has a dramatic and rather impressive domed bar which is a great focal point for its modern European menu.

Tthe large restaurant seats up to 200, giving it a real buzz with City workers. 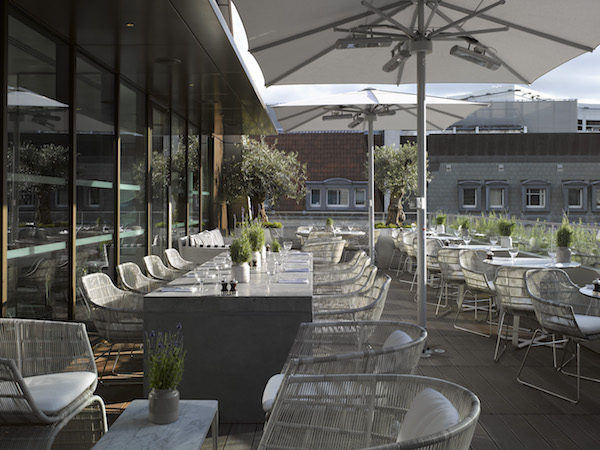 There is a retractable roof and some heaters for the colder summer evenings, as featured in our guide to the best outdoor restaurants in London.

Jason Atherton’s restaurant in The City is one of London’s best sky high dining options on the 24th floor of Tower 42 with impressive views of the Capital’s major landmarks. 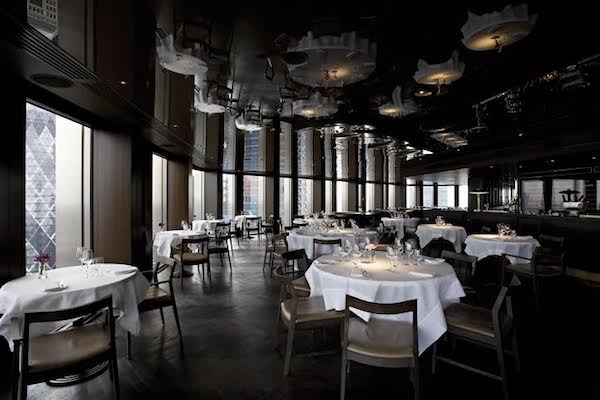 The 90-cover City Social has a menu of creative yet simple dishes that showcase the best of British produce. To enjoy the view without dinner, try the City Social bar and its prohibition-inspired cocktails.

Coq d’Argent has an outdoor terrace and a large and rather beautiful garden terrace, with great views of some of London’s most well known landmarks, including St Paul’s Cathedral. 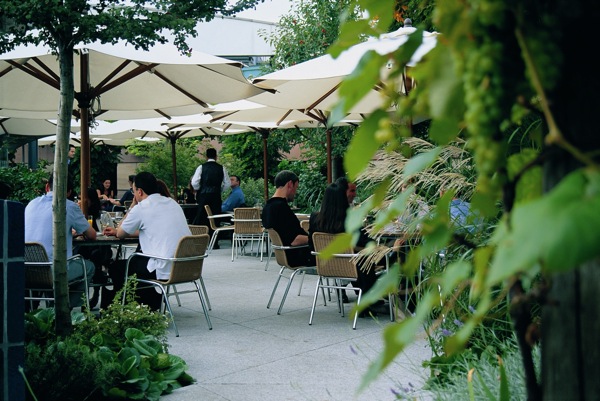 The restaurant serves modern French cuisine while the brasserie and terrace serve a lighter menu with more of a modern European hint.

Get there early during the week and be prepared to queue for the glass lift as it’s a very popular destination with City workers, or visit for a more relaxed Sunday lunch on the weekend.

A restaurant, bistro and bar near Bank in The City, The Don serves modern European cuisine (with a French slant) in a building which used to house Sanderman’s port warehouse. 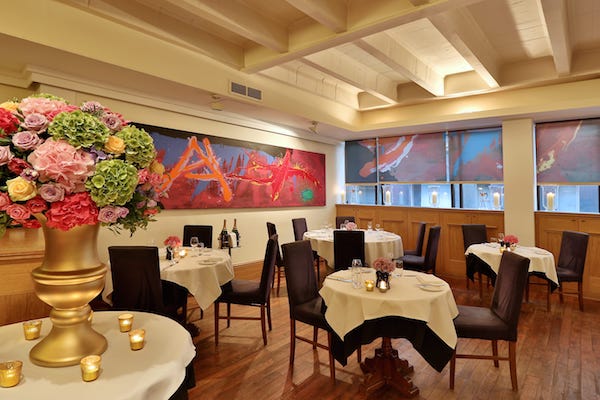 The atmosphere is calm and relaxed that the food is consistently good. There are a number of private dining rooms available, some in the port and sherry vaults, for business lunches and dinners.


Sushisamba London offers a mix of Japanese, Brazilian and Peruvian cuisine, and with its rooftop position on the 38th and 39th floors of the Heron Tower in The City, it also has rather impressive views. 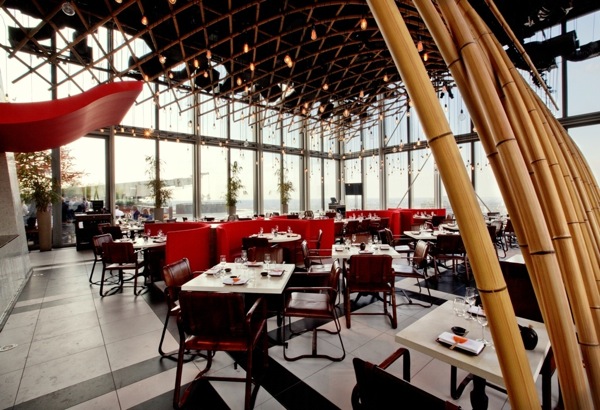 I can’t think of many places in London I would rather visit for dim sum than Yauatcha.

Describing itself as a dim sum teahouse, Yauatcha specialises in just that – in addition to the fantastic dim sum menu, it offers over 60 types of tea. 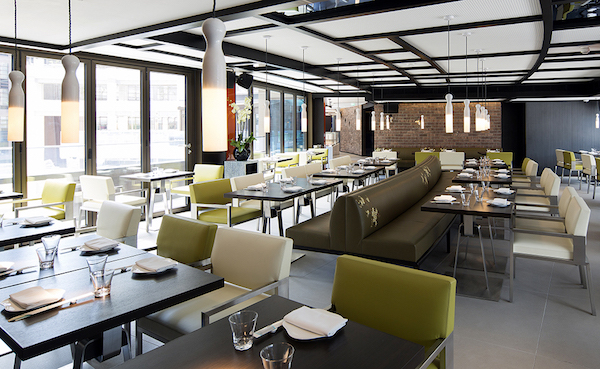 Visit for a quick dim sum lunch or for a full three course dinner. Just try making it out the door without picking up a box of macaroons from the patisserie to take home with you.

The Hawksmoor group undoubtedly has some of the best steak restaurants in London it its portfolio, including city-based Hawksmoor Guildhall.

Hawksmoor Guildhall is in a big basement space with 160 covers in the restaurant, 75 in the bar and a private dining room seating 22 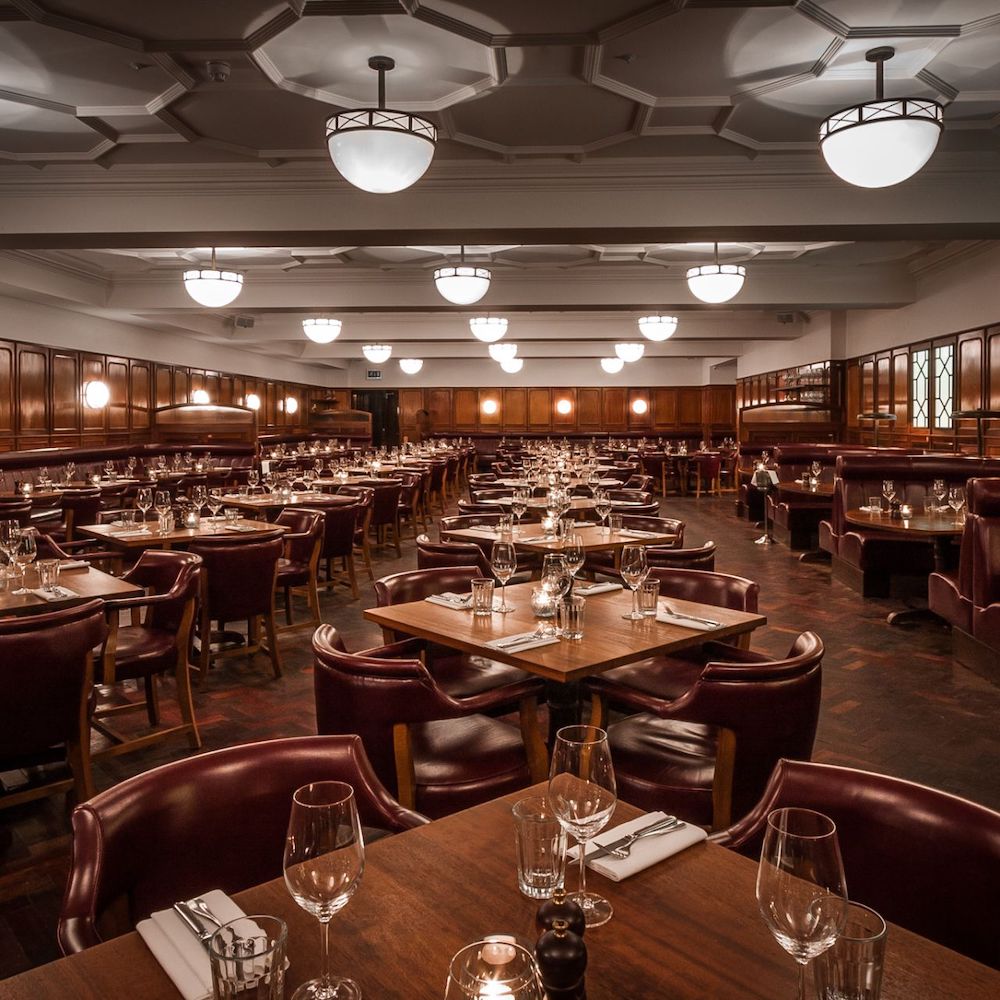 Opening in the morning for a proper breakfast before work before turning into the group’s regular menu of excellent steaks, you can’t go wrong at Hawksmoor Guildhall.

Kym’s, the restaurant from Michelin-starred Chef Andrew Wong is located in the Bloomberg Arcade in the City. 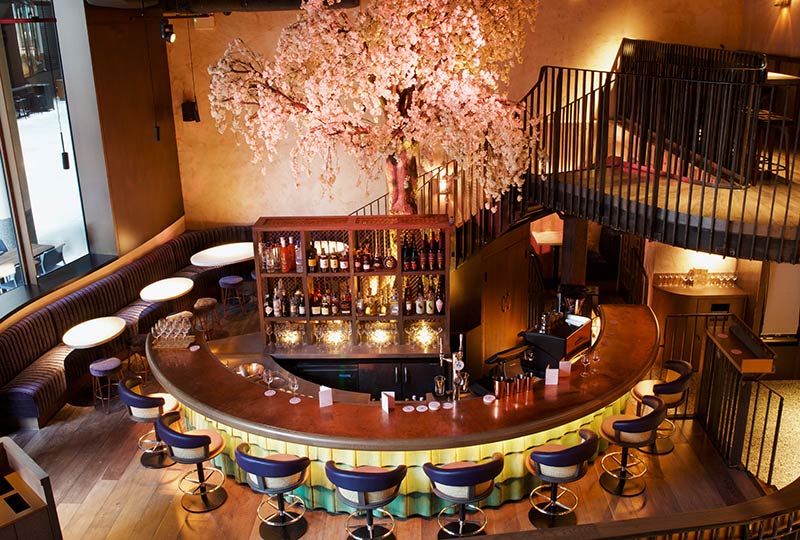 The food at Kym’s centres around the chef’s interpretation of classic Chinese dishes with a nod to London’s Chinatown. The 120 seats are arranged arround a stunning tree dangling over a circular entrance bar

Visit on a Saturday to try Kym’s weekend lobster brunch, with half a lobster per person served either poached or typhoon-shelter style.

Enoteca Super Tuscan is more of an elevated wine bar than full on restaurant, located on a quiet side street in Spitalfields. 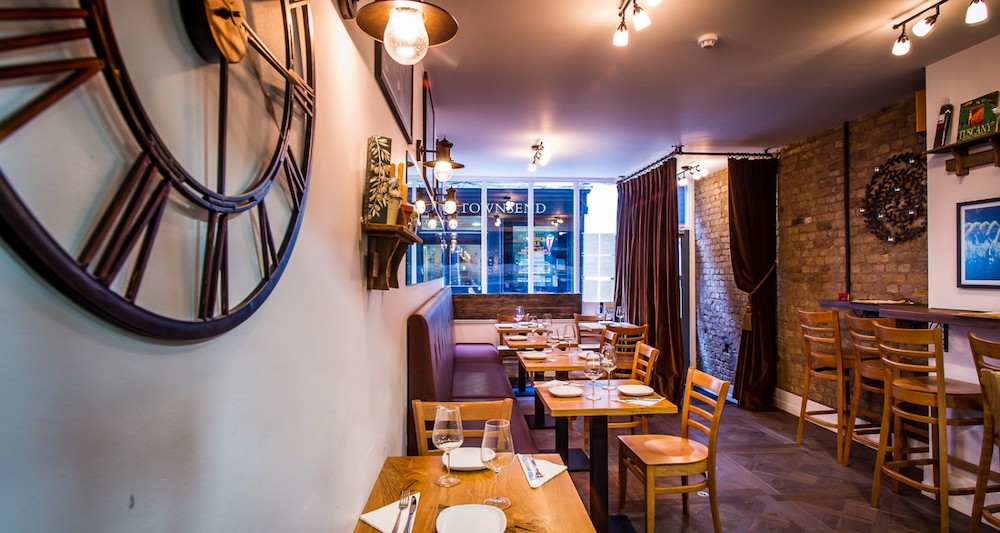 The focus here is on an excellent list of Italian wines with a range of traditional Tuscan dishes also available. 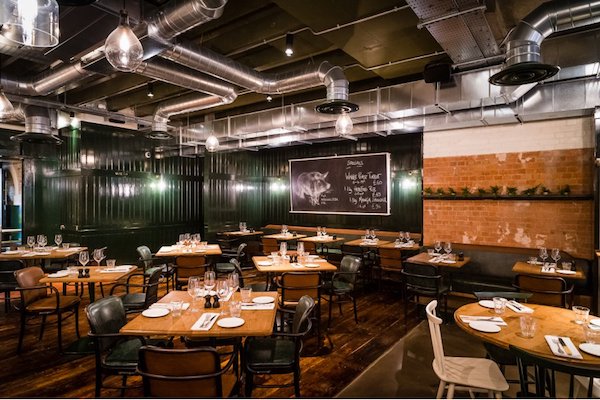 With a time in a small space in Soho, in 2015 Pitt Cue moved to a more grown-up venue in The City near Bishopsgate.

The restaurant is dominated by a large open kitchen with charcoal grills and seats around 100 people in an industrial, warehouse-style setting.

The menu is hearty and meaty, but includes some fish options too.

From the people behind Manicomio, Canto Corvino is an Italian restaurant in a low-key space with warehouse lighting, booth seating and a basement private dining room. 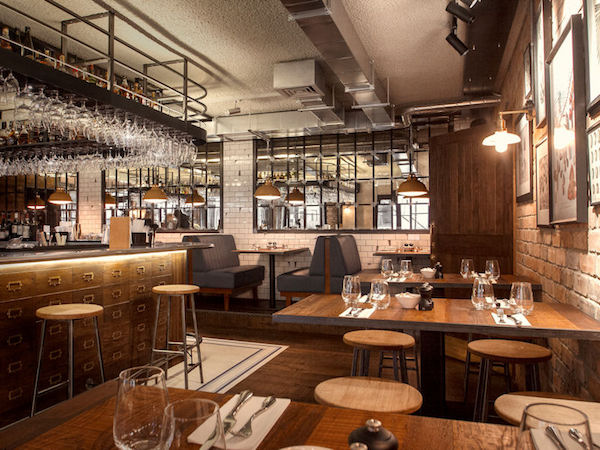 From salumi and raw plates to Josper-grilled meats and homemade pasta, the open kitchen at this sleek Spitalfields Italian offers an all-day menu, weekend brunch and a feasting menu served in the private dining room.

The Best Restaurants in The City

Want our restaurant guides direct in your inbox? Then Sign up here.

From sky-high dining at Duck & Waffle, Sushisamba and City Social to a meaty feast at Pitt Cue, read our…