The Grill at the Dorchester Restaurant Review

The Grill at The Dorchester was refurbished and relaunched with a different concept in 2015 – this review is of the previous restaurant.

The Grill at the Dorchester is nestled next to the Promenade, which dominates the ground floor of the glamorous Dorchester Hotel on Park Lane.

The Grill at the Dorchester has an illustrious culinary history and the current offering from head chef Brian Hughson (previously at Rhodes W1) certainly lives up to the expectations of its past.

The menu places at the grill at the Dorchester an emphasis on procuring high quality British ingredients, with classic British dishes such as grilled Dover sole holding court next to the chef’s more adventurous creations like halibut with squid, parmesan custard, lemon pickled potatoes and anchovy. 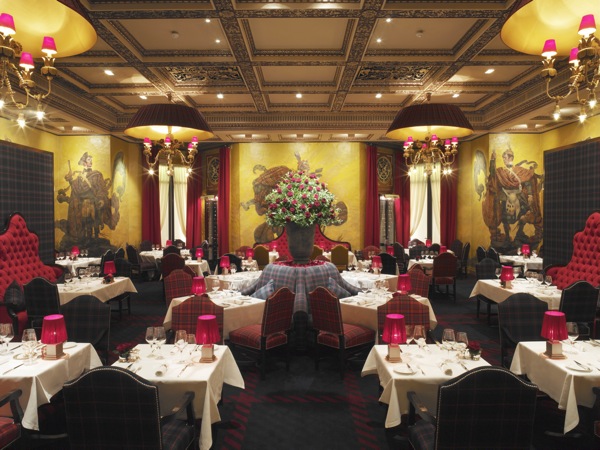 While the décor at The Grill at the Dorchester will not be to everyone’s taste, the tartan patterns and colossal murals of historic Scottish characters that dominate the space add character and a certain charm to the grandeur of the setting, establishing itself as a bastion of all things British.

A starter of Aldwych goat’s cheese with herb purée, bric pastry, crème fraiche sorbet and Jersey Royals was light, refreshing and a visual feast, while the marinated scallops with celeriac, deep fried oyster, scallop crackling and oyster mayonnaise looked as impressive as it sounds.

For the main course, I opted for the more traditional Perthshire fillet of beef, which was accompanied by bone marrow, red onion and watercress salad, and a delightfully different barley risotto, while the enormous Dover Sole was wonderfully simple.

Having initially declined dessert, I am still thankful for my change of heart. A mint and chocolate parfait with fresh mint sorbet was a real hit, both light and substantial in equal measure, with an overriding feeling of freshness.

The Peanut parfait with cherry jam and sour cherry sorbet created similar sounds of pleasure from my dining companion. 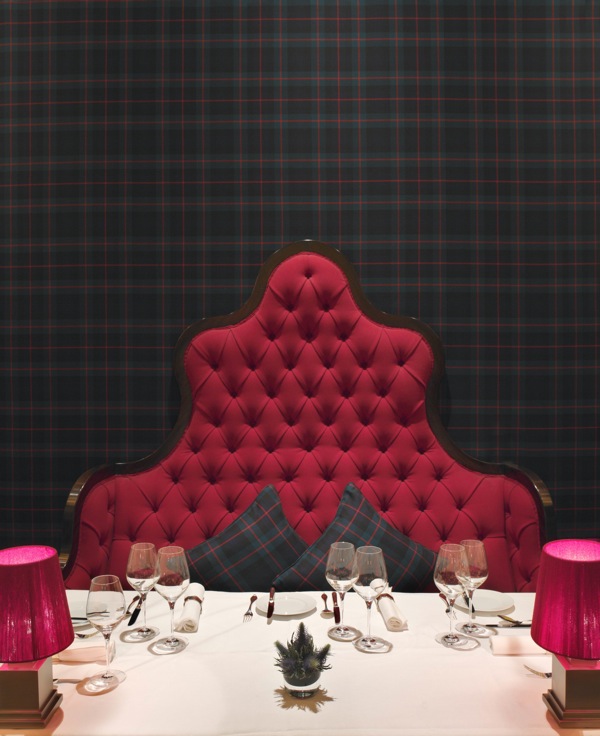 The Grill at the Dorchester makes an ideal setting for a business meeting, an upscale family lunch or a celebratory dinner. The setting and the accomplished cooking justify the elevated prices, but the restaurant also offers a reasonable set menu for £23 for two courses or £27 for three courses.

Service at the grill at the Dorchester was attentive, knowledgeable and professional, displaying accomplished efficiency throughout – being presented with the champagne trolley within the first few minutes of sitting at the table will always go down well with me.

With such an impressive history to live up to, The Grill at The Dorchester manages to retain its sense of duty to its past whilst adapting to compete with an ever-changing and increasingly demanding London palate.

Read some of our other restaurant reviews including Pachamama and Chiltern Firehouse in Marylebone.

The Grill at the Dorchester is nestled next to the Promenade, which dominates the ground floor of the glamorous Dorchester…