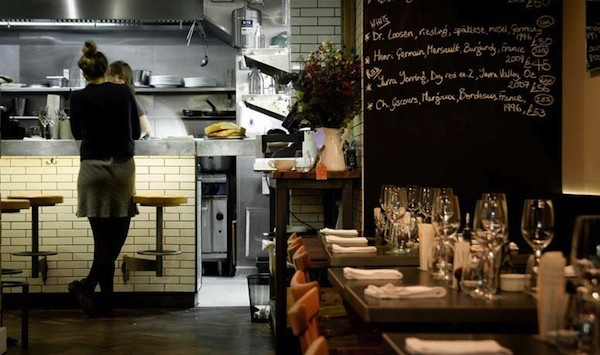 What a year 2012 has been for new restaurants in London – it often felt like there was a new opening every day!

But with a restaurant scene as diverse, accomplished and ever-changing as London, only the very best will become firm favourites. Emyr Thomas shares his thoughts on The Best New Restaurants in London.


As its name suggests, 10 Greek Street is located at 10 Greek Street in Soho, and behind an unassuming entrance is a relaxed but buzzy restaurant with excellent cooking and a menu full of imaginative dishes that change regularly. 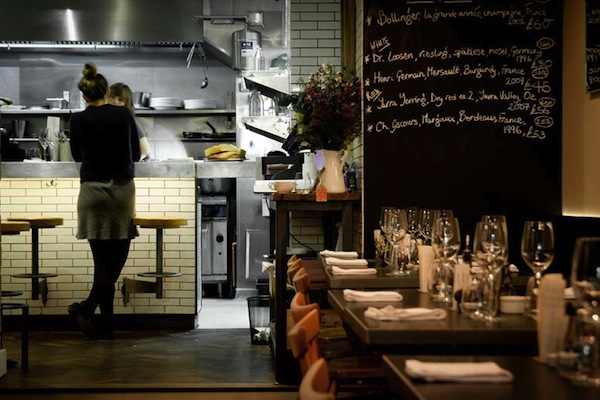 Bookings are taken for lunch but dinner is for walk-ins only, making 10 Greek Street a contender for one of London’s best no booking restaurants as well as one of The Best New Restaurants in London.


Duck and Waffle sits on the 40th floor of Heron Tower in the City. The restaurant serves European and British influenced cuisine 24 hours per day, 7 days per week.

The restaurant has a capacity of 98 with floor-to-ceiling windows, an open kitchen, a 24-seat chef bar and a private dining room. With incredible views of London and food to match, this must surely be a contender for one of the best new restaurants in London?


Following the success of The Delaunay, Chris Corbin and Jeremy King launched Brasserie Zedel in Soho towards the end of June 2012.

Brasserie Zedel is a large, bustling Parisian brasserie transported to the heart of London, which is open throughout the day, offering great value with remarkably low prices. 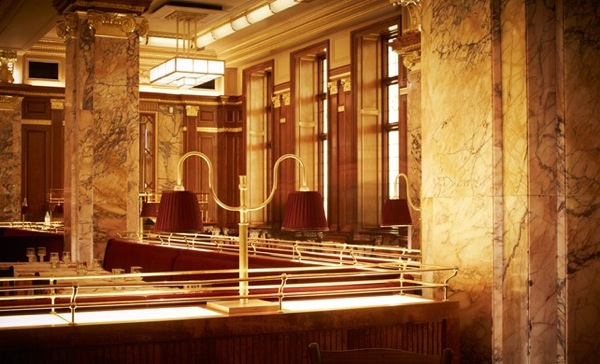 The restaurant has been designed by David Collins Studio in the Art Deco tradition, which is a vast, stunning dining room, discreetly hidden on the lower ground floor in the heart of the West End. Brasserie Zedel is one of The Best New Restaurants in London.

The restaurant has over 200 covers, half of which are reserved for walk-ins so don’t be disappointed if the restaurant appears to be fully booked.


Bubbledogs opened in July on Charlotte Street in Fitzrovia, with James Knappett (previously of The Ledbury, Noma and Marcus Wareing at the Berkeley, among others) as head chef and Sandia Chang (who has worked at The Berkeley, Noma and Per Se) as General Manager.

Bubbledogs serves hot dogs and grower Champagne. Yes,that’s right: hotdogs and champagnes. The restaurant has a separate ‘Kitchen Table’ in the back of the restaurant where the chef can showcase his real talent.


The Hakkasan Group launched Chrysan Restaurant in The City behind Liverpool Street station. Chrysan is a Japanese restaurant in partnership with Japan’s Michelin-starred chef, Yoshihiro Murata.

Chef Murata is the third generation chef patron of Kikunoi, a traditional Ryotei restaurant in Kyoto, which holds three Michelin stars. In addition to an extensive à la carte offering, Chrysan features a signature kaiseki menu for dinner, as well as a special bento set lunch. 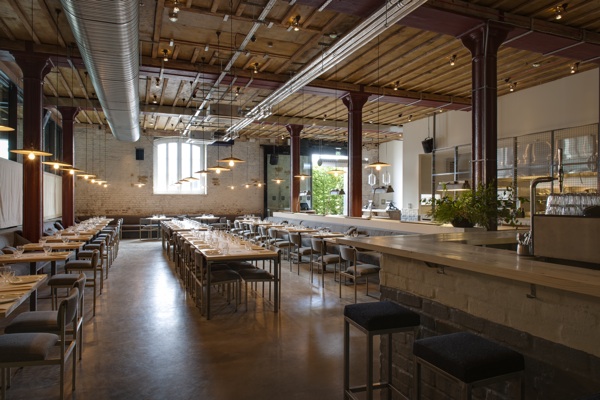 The highlights on our visit were the small plates, including ‘Goat’s curd, nectarine, braised onion and pine nuts’, with the nectarine working surprisingly well with the curd, and the ‘Chorizo and butternut squash croquettes’, which succeeded in being crisp on the outside and unbelievably smooth on the inside. Caravan King;s Cross is one of The Best New Restaurants in London.

Ceviche makes a fun night out in Soho with a buzzy cocktail bar and varied, but light, Peruvian cuisine.

Spread over two levels, the restaurant has an industrial but organic design, with exposed brickwork, sheet metal and copper pipes offset by rustic candles and natural woods. 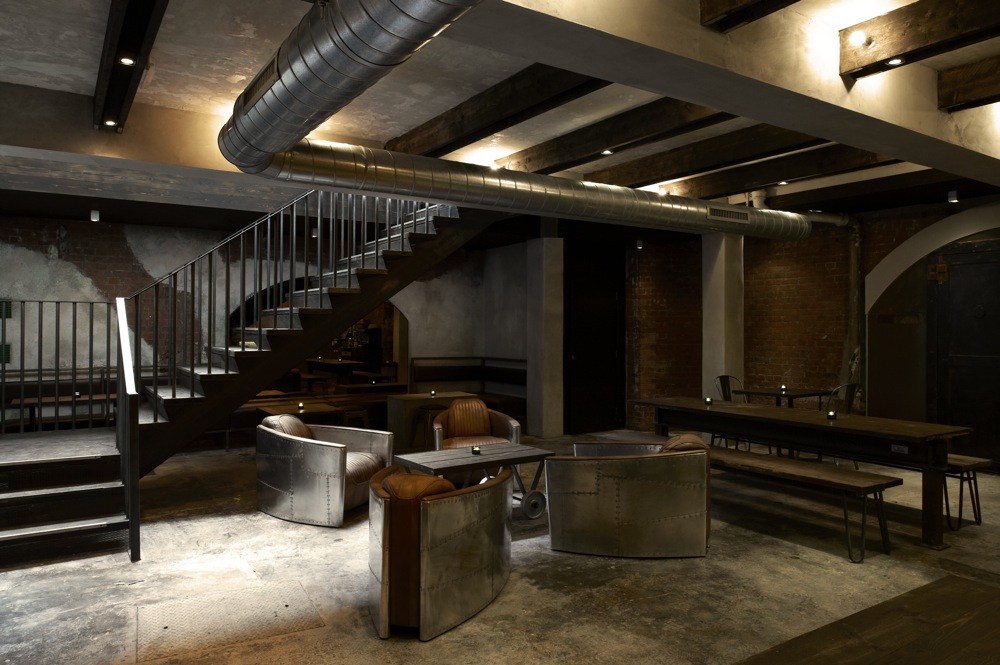 Dabbous is booked incredibly far in advance, but we would recommend visiting the bar for some drinks and to try out their bar menu, which includes an excellent steak sandwich. It also makes for a great venue for a private party, where you can sample some exquisite canapés. Dabbous is widely regarded as one of The Best New Restaurants in London.


Inspired by the great French pavement cafés, Colbert is an informal, neighbourhood restaurant at the heart of Sloane Square from Chris Corbin and Jeremy King (see Brasserie Zedel above).

Colbert opens early for breakfast and continues to serve food and drinks throughout the day until post-theatre.

Read Our Other ‘Best Of’ Articles

If you liked this ‘best of’ feature, why not read our guide to the best brunch in London, the most romantic restaurants in London or the best coffee shops in London?

But with a restaurant scene as diverse, accomplished and ever-changing as London, only the very best will become firm favourites….