The London EDITION is the latest from EDITION Hotels, hotelier Ian Schrager’s latest venture in partnership with Marriott International. 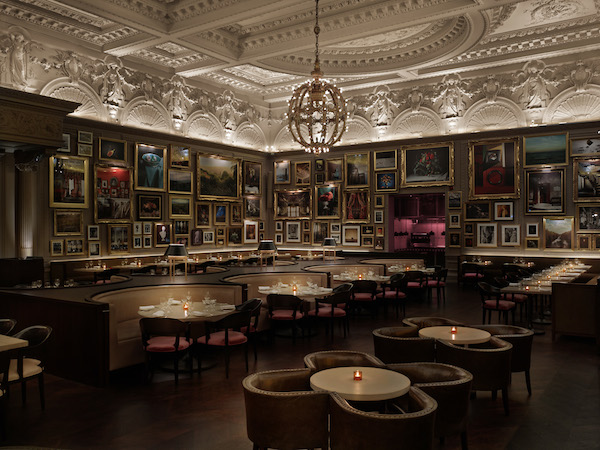 The hotel is said to be inspired by ‘the grand traditions of Great Britain: the traditional, aristocratic English country manor and the London private gentleman’s club with a modern, edgy, urban feel’.

The hotel features 173 rooms and suites, two bars, a restaurant, a dance club and a 24-hour fitness facility. The restaurant, Berner’s Tavern is the latest addition to Jason Atherton’s ever-expanding restaurant empire (get down to his recent Soho restaurant, Social Eating House if you haven’t been yet).

Berners Tavern’s dining room is absolutely stunning – one of the most beautiful rooms in London in my opinion. Images are by Nicolas Koenig.

For further information on The London EDITION, please visit the website www.editionhotels.com.

If this sparked your interest in London’s hotel scene, read about London’s best luxury hotels and our pick of the best boutique hotels.