Continuing with the theme of restaurant and food blogs that I enjoy reading, here’s a Q&A session with Debbie from Gourmet Traveller.

How would you describe your blog?

An equal mix of restaurant reviews (both London and further afield) and recipes, with some other food and wine related titbits thrown in for good measure.

What’s your favourite restaurant in London?

I’ve been going to The Ledbury for years and have yet to have a meal there that is less than superb. The restaurant is refined yet unstuffy, and Brett Graham’s well-considered plates are absolute works of art. For days when I’m seeking something more low-key Sakana-tei is a favourite.

What makes the perfect restaurant for you?

Good food is a given, but the service and ambience is just as important. I do plenty of cooking at home so when I eat out I like to be looked after and given the chance to unwind – places like Bob Bob Ricard and Scott’s do this impeccably.

Having perhaps already tried THE opening of 2011 (Dinner by Heston), and being slightly disappointed, I’m now currently on a stint of revisiting old favourites but I also want to get down to New Cross for burgers at #Meateasy, and of course, Jason Atherton’s highly-anticipated Pollen Street Social when that opens in April.

Are you excited about any new openings during 2011?

I am quite excited by the rumours that French Laundry & Per Se’s Thomas Keller will be doing a pop-up restaurant at Harrods sometime this year.

If you could give a new restaurant advice before opening, what would it be?

Which of the newspaper reviewers do you like / hate the most?

Hands down my top pick would be Marina O’Loughlin. I really enjoy her writing style and the fact that she doesn’t take herself too seriously. Unlike A.A. Gill, who I just cannot bear.

I’m not sure I could single one out, it’s seems wrong – like having a favourite child! I’ve had much positive response to the London BYO List and Sushi in London series of posts, so perhaps those.

What’s the future direction of your blog?

More of the same really. I have a couple of eating trips lined up to the US (San Francisco, Napa and Vegas) and San Sebastian, so will be covering those in a series of posts in the near future.

Which other blogs, food or otherwise, would you recommend?

LondonEater for the sumptuous photography and thoughtful reviews, Bincho Yakitori’s Blood+Wasabi is one of the most interesting restaurant blogs I’ve read, and Cooking Issues – the French Culinary Institutes’ blog that feature riveting in-depth posts on everything from unusual citrus varietals to instructions on making stretchy chewy ice cream. 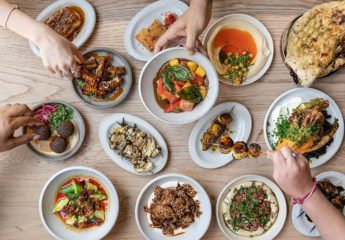 Continuing with the theme of restaurant and food blogs that I enjoy reading, here’s a Q&A session with Debbie from…