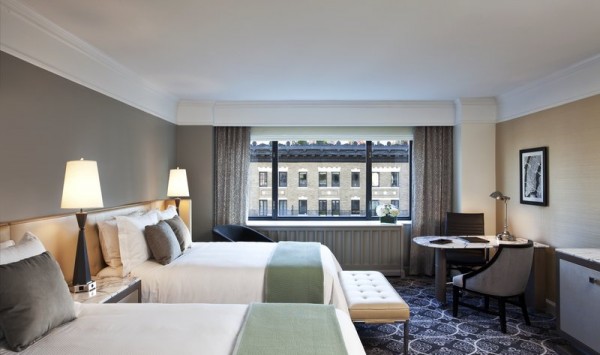 Midtown Manhattan is undergoing a luxury hotel resurgence at the moment – a few months ago I stayed at the new Viceroy New York, a chic hotel that brought some downtown cool uptown.

Designed for more elegant, Upper East Side tastes is the recently refurbished Loews Regency Hotel, located right on the border with a Park Avenue address. 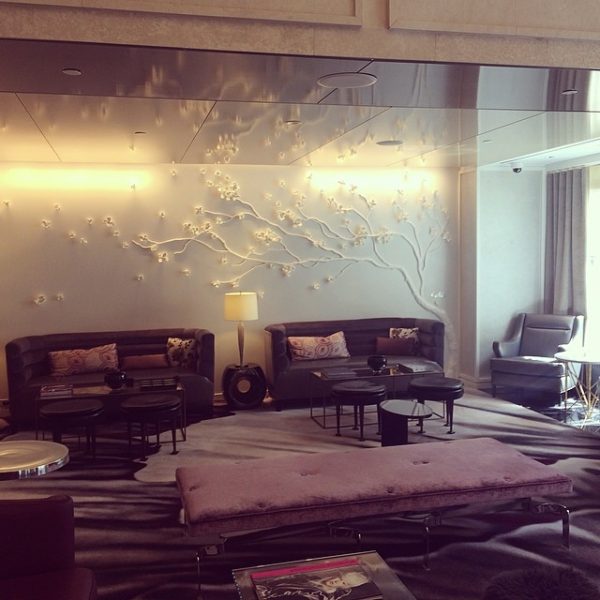 The design is stylish, without being too stylised – glass, marble and plush, light coloured fabrics dominate – and feels rather intimate despite having 328 rooms and 58 suites.

Our spacious bedroom at the Loews Regency was lovely with muted colours with subtle accents creating a stylish, homely atmosphere.

Little touches added a great deal to the experience including being greeted by name with my room service breakfast and having plugs built in to the bedside lamps, making charging your phone a breeze. 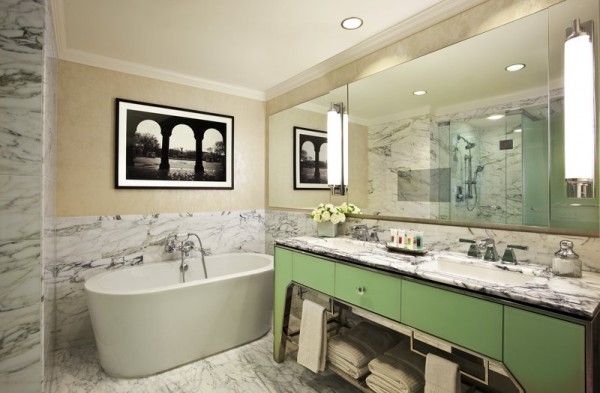 The Loews Regency’s restaurant was famous for its ‘power breakfasts’ with the great and the good meeting there every morning.

The restaurant has changed name and look, but the Regency Bar & Grill continues to greet Upper East Side royalty with a welcome, soft touch.

A new addition to the Lowes Regency is The Julien Farel Salon & Spa, an enormous space of over 10,000 sqft including 32 hair stations and 8 spa treatment rooms – the room can feel a little hectic at times with so many people working there.

The salon’s mixture of 20-somethings coming for the latest hip cuts and local residents having their weekly up-dos captures the overall style of the hotel perfectly.

A classic, traditional hotel that caters to its well-heeled neighbours and regulars has adapted to the modern times by creating a revamped, fresh and stylish version of itself.

Book with Bon Vivant and Travel Like a VIP

If you would like Bon Vivant Travel to book your next trip to New York with access to perks and benefits like free upgrades, complimentary breakfast, late check-out and VIP amenities through our London based Virtuoso agency, get in touch now!

Read our guide to the best hotels in New York including The Mark Hotel, Crosby Street Hotel, Soho Grand and the Viceroy New York hotel.

Note: we stayed at The Loews Regency on a complimentary basis, although what is written here is true, fair and accurate. You can view our editorial policy here. 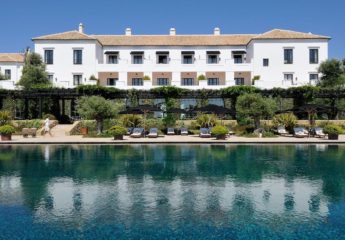