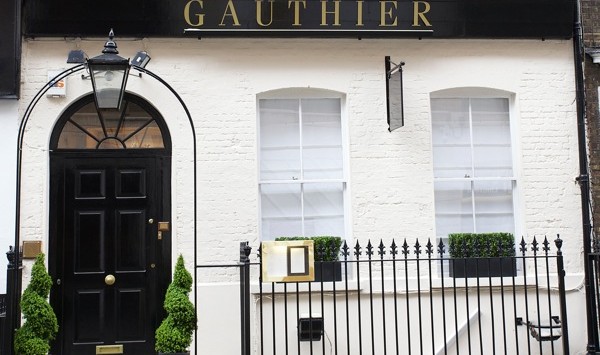 Soho is renowned for its wild, debauched ways, while Alexis Gauthier, former chef at Roussillon in Pimlico, is known for his delicate style with fine French cuisine.

This pairing, in a beautiful townhouse on Romilly Street, inches from the centre of Soho’s frenzy, shouldn’t work; but Gauthier Soho, despite the implied contradiction in its name, does work, and on many levels.

On the former site of Richard Corrigan’s Lindsay House, traditions remain and you still have to ring the doorbell and wait to be escorted into the building.

While this may well be a hindrance for some, I saw it as a symbolic gesture for leaving the clamour behind, making way for a safer, more subdued Soho. 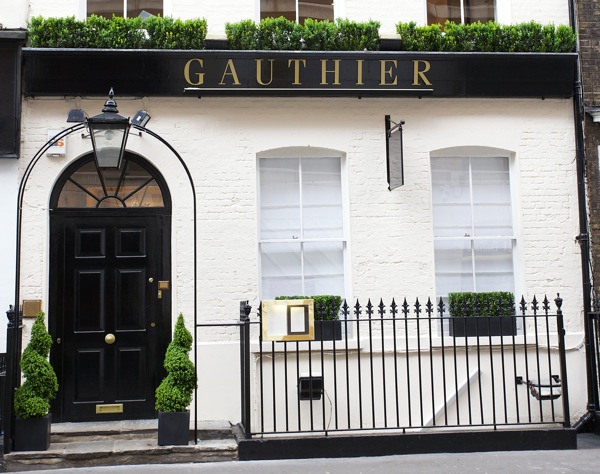 On entering Gauthier Soho, you are struck by the deafening silence; the hushed, muted tones of the decor and the soft murmurs from nearby tables ensure you’re aware from the start that this is a restaurant with serious intent, where the food will play the starring role.

The à la carte menu is divided into five sections from which guests can choose three (£35), four (£45) or five (£55) courses, while there is also an eight course menu degustation (£68) and a smaller lunch offering. Wine pairings are offered for all courses, with the tasting menu being offered at £124 with accompanying wines.

Our five-course lunch at Gauthier Soho started well with a heavenly bread selection, ranging from sourdough to black olive and a delightful bacon and garlic.

Service was knowledgeable, friendly and attentive throughout, starting with being poured a glass of champagne within minutes of arriving, and the endless supply of complimentary still or sparkling water, something to which all restaurants should aspire.

A first course of chilled green pea velouté was wonderfully soft and gentle with the occasional burst of intense pea and subtle lemon flavours.

My dining companion and I both agreed that the large black tortellini of lobster and basil was a real showstopper, which left a lingering sense of luxury on the tongue.

From the troisieme plat, the oven baked Atlantic halibut showed real flair with delicate flavours, while from the meat course, the glazed piglet loin with Swiss chard and soft belly involved an intricate array of complementary flavours and the roasted filet of Angus beef came with black olives, comfit tomatoes and a beautifully intense beef jus.

Gauthier hails from great pedigree, having been trained by Michelin maestro Alain Ducasse, and his prowess dazzles with his signature Golden Louis XV chocolate and praline dessert, an exquisite homage to his former mentor.

We paired each course at Gauthier Soho with wines selected by the sommelier, which included a glorious Vouvray La Dilletante 2010. 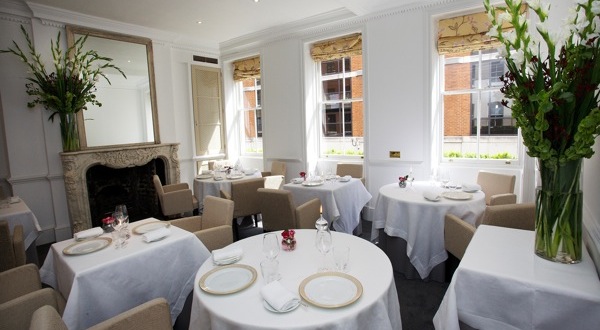 Gauthier Soho is refined and elegant, offering fine dining with a masterly grip on intricate, delicate flavours. Alexis is a chef with real flair who was awarded a Michelin star within 10 months of opening Gauthier Soho – with more time to explore different combinations in new surroundings, surely more awards will follow.

Some have noted that Gauthier’s temperate tone is incongruous with the rest of Soho, but this was never meant to be another bustling, sceney restaurant ‘for one night only’; Gauthier is about offering a polished, restrained alternative, where the food does the talking.

Read our guide to the best restaurants in Soho.