The Very Best of British 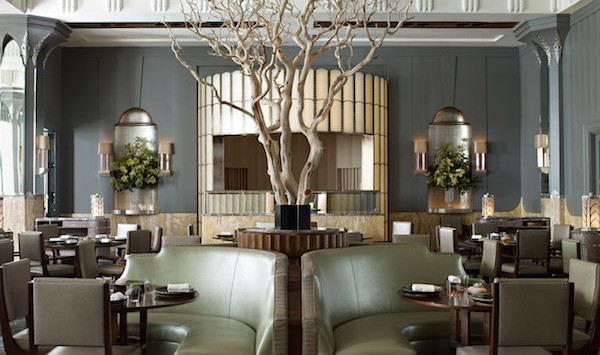 Simon Rogan is best known for his 2 Michelin starred restaurant, L’Enclume, in Cartmel in the Lake District, which is regularly voted best of the best with various British restaurant awards.

L’Enclume is British through and through, with most ingredients sourced, reared and foraged from the surrounding areas of the Lake District and the chef’s own farm.

Fera brings the same philosophy to Claridge’s, the grande dame of the London hotel scene, resulting in a glorious union of all things British.

I remember my first visit to L’Enclume very well, and I remember most of the 17 course tasting menu nearly as well. The long tasting menu works very well in the Lake District as for many diners a visit to the area is a pilgrimage to try the food at L’Enclume.

Fera opened with the same long tasting menu approach, which, even for someone who spends most of his time in a restaurant, was just a little too long for London life.

The best restaurants will listen to their customers and adapt to their needs, and while Fera still offers a tasting menu, it is now only 6 courses, which sits alongside a 3 course a la carte menu and a fantastic value set lunch menu. 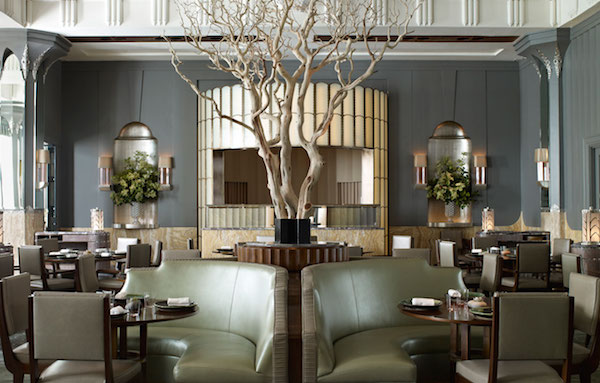 Meaning ‘wild’ in Latin, you get a sense of what’s in store when you enter the dining room and see the stunning tree sculpture in the centre of the room.

The dining room at Fera is as grand and imposing as you would expect from Claridge’s, but retains a certain bare simplicity that links to its roots in the Lake District. For a large space with such a gorgeous high ceiling it still manages to feel warm and intimate.

We took advantage of a fabulous offer of 3 courses with a glass of Champagne for £35, but the chef kindly sent out a few extra courses from the tasting menu for us to try. 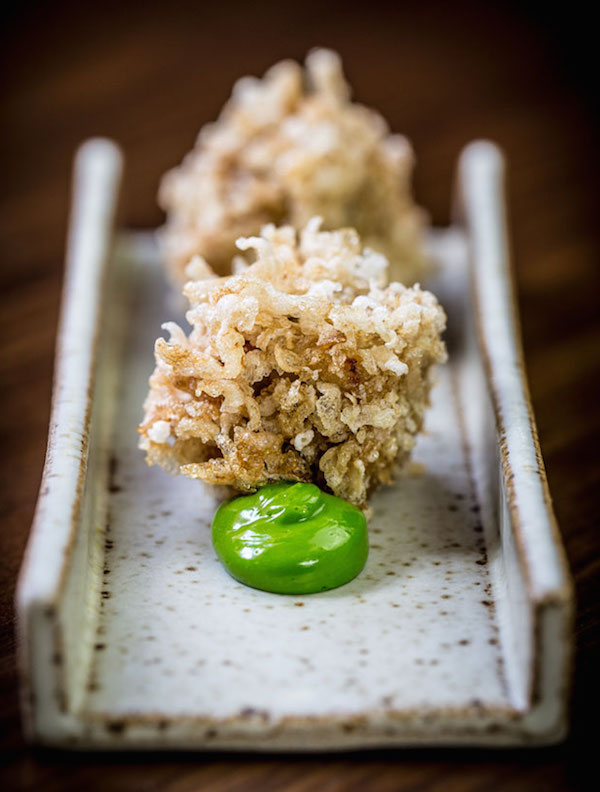 Mouthfuls of crisp fried stewed rabbit with lovage and cubes of raw mackerel gave an insight to what we had in store.

To start, large cubes of Jerusalem artichokes in goat’s butter were beautifully presented with hazelnuts and thin sheets of crisp chicken skin.

A chunky fillet of roasted cod surrounded by kale leaves and slices of salt-baked kohlrabi in a powerful lobster cream foam followed and was utterly delicious. 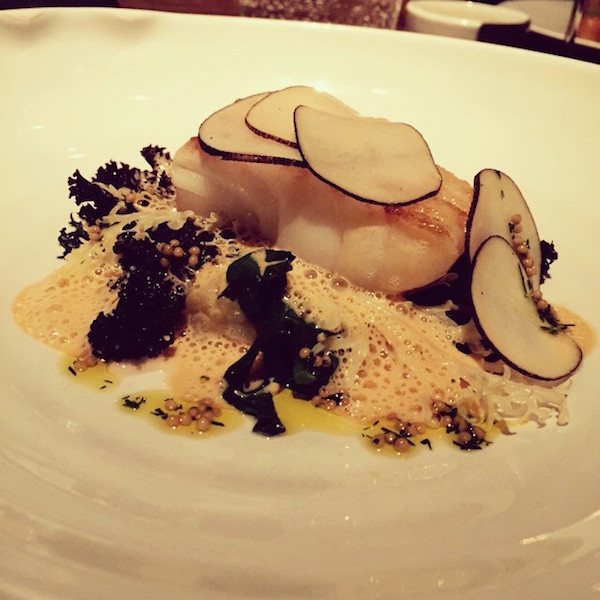 Desserts were rather forgettable on my first visit to Fera, but no longer: the smoked chocolate cream with peanut ice cream and verjus caramel and Bramley apple cake with cinnamon ice cream and pecan were sublime.

It’s just a shame that I didn’t order either of them!

Instead, I rejoiced in selection of British and Irish cheeses that was a fitting end to a rather lovely evening. 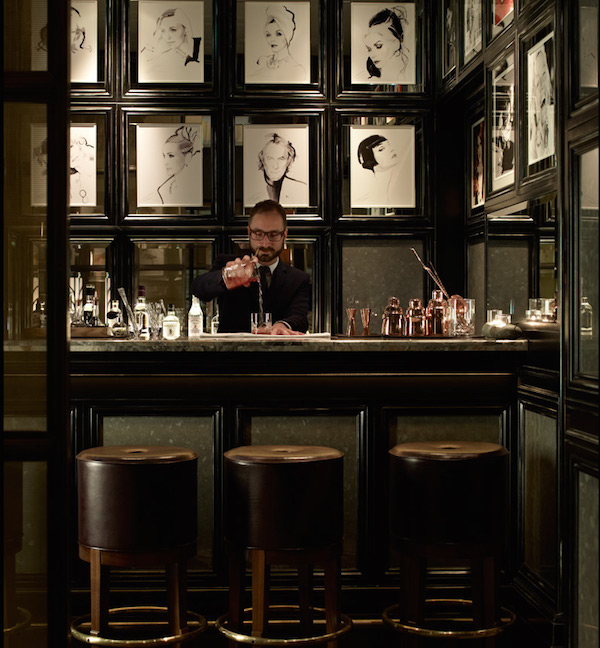 Service at Fera is just as you would hope: sometimes proper and considered; always friendly and attentive.

I visited with my parents who loved the ceremony of the evening and declared it the best dining experience of their lives; a client who was entertaining his own clients described his recent dinner as outstanding; and a friend who visited for a quick lunch was equally glowing in his review.

Whether you want a restaurant for a business meeting, a grand celebration or a quick lunch, the new Fera delivers on all fronts.

I would recommend visiting the Fumoir bar for pre or post dinner drinks at Claridge’s, one of our favourite London hotel bars, but Fera has a small but lovely bar of its own, pictured above.

Read some of our other recent reviews including a stay in the penthouse at The Connaught and a recent dinner at Koffmann’s at The Berkeley.

Emyr dined on his own expense but the chef did send out a few extra amuse bouches at the start of dinner – read our editorial policy here.

Simon Rogan is best known for his 2 Michelin starred restaurant, L’Enclume, in Cartmel in the Lake District, which is…